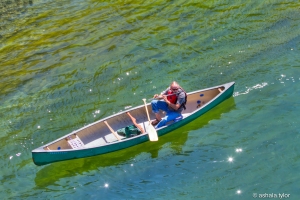 As I made me way over to the Klamath River Bridge overlook to check on the stranded Klamath River whale, I heard the most beautiful flute sounds permeating the air.   Mihael Kavanaugh of Trinidad played soothing sounds for 1.5 hours in an effort to convince her to return to the sea.    This beautiful gentle giant swam to within 5 feet of  his canoe.   Afterwards I spoke to Mihael in a video interview which I will post at a later date.  For now, enjoy the images of sounds gifted from one soul to another soul.

More images of this beautiful encounter can be seen at http://www.flickr.com/photos/ashala.  Email: ashala7@gmail.com for image use or purchase. 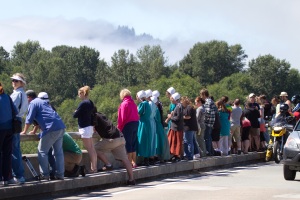 Even the Dog Enjoyed the Show 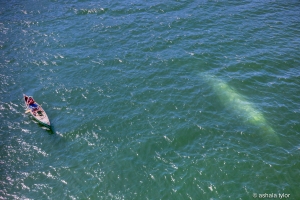 Gentle Sounds for a Gentle Giant

Another Day In The Life of the Stranded Klamath River Whale