Friday will mark 50 days in the river.   This beautiful gray whale is still swimming circles beneath the bridge, cars are still stopping and asking,  “What is down there?”   “A whale?  You are kidding.”  Highway Patrol is parked at both ends of the bridge and  miles before the bridge in either direction highway warning signs are flashing a warning of bridge pedestrians.    The river is getting lower.   In the image below, kayakers were standing in chest high water next to their kayak.

All in all, it was a rather uneventful day in the life of the cetacean who seems to call the bridge area home.   She swims in circles continually, sometimes moving to the other side of the bridge to roll.  No one is sure what she is doing – scratching?  feeding?      Nothing is known for sure except there is a 45- foot gray whale in the river who does not appear to have any intention of leaving any time soon.  No clanging of pipes, powerful water blasts, orca whale sounds,  Yurok singing and drumming, music from a violin, a flute, a ukelele, or prayers from a paddle boarder can convince her the ocean is where she should be at the present time.

Maybe, just maybe, she knows more than we know about why and where she wants to be. 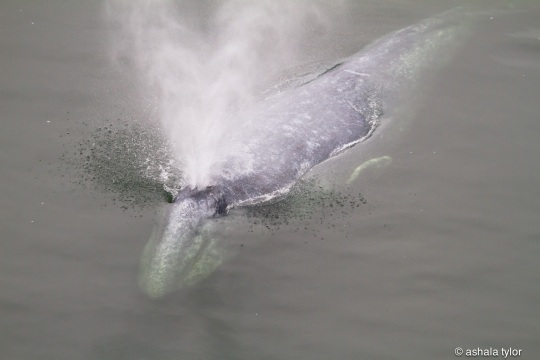 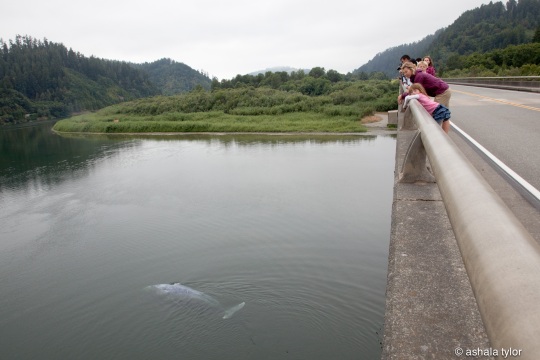 Many images of these beautiful mammals can be seen at http://www.flickr.com/photos/ashala.

For purchase or use of any photos:  ashala7@gmail.com